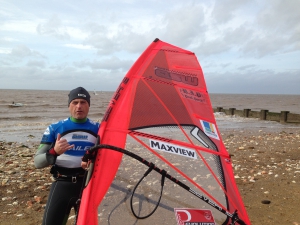 So I’ve had my Severne S-1’s for about 5 months now and so I felt it was time to give you guys an update on the differences between the Blade sails I have used for 7 years, and why I chose to move to 4 batten sails.

So the Blade is a 5 batten wave/power sail which when rigged with a tighter leach would go really light during transitions but power up strongly and fast when required. The problem I was having was that 5 batten sails tend to give more mast-foot pressure which is Ok with single or twin fin boards, but sometimes sticks Tri-Fin boards to the water. 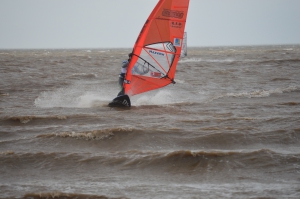 The S-1 has 4 battens and its centre of effort is slightly higher in the sail. This makes you stand up more on the board which gives you more control. It also gives less mast-foot pressure making the board feel lighter and looser. The downside of the S-1…………well, not strictly a downside, but more of a characteristic is that the S-1 needs a little more coaxing onto the plane……….. sheeting out and feathering the sail as it lifts the board onto the plane – with the Blade you could just sheet in and it powered you up onto the plane. Don’t get me wrong, the S-1 IS powerful, but it needs more delicate treatment to get you there.

Where the S-1 really excels itself is during jumps and transitions – it is such a light sail it goes completely neutral during power moves. No wonder freestylers like it – its bloody amazing. It just drifts where you want it making jumping with mid move power adjustments (stalled forward loops) much easier as the sail is micro adjustable. 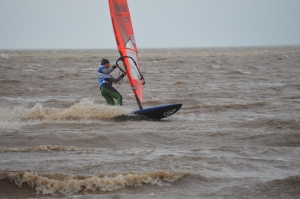 So my 6 monthly conclusion:

Intermediate/heavier/freeride sailors – Go for the Blade

Beginner/Intermediate sailors – My advice is still Gator for sure!!