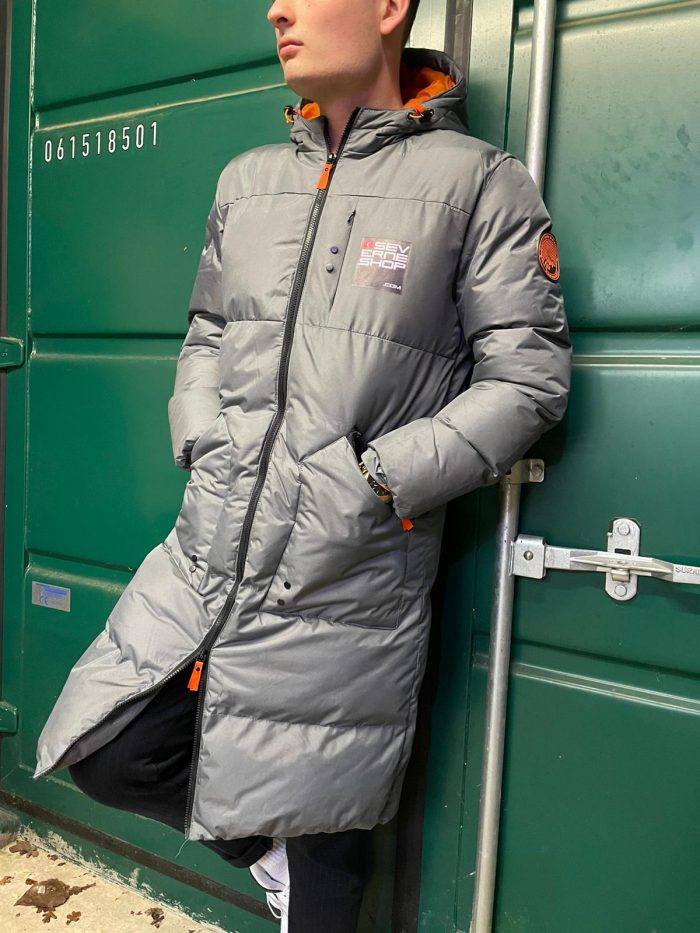 Very rarely do our bosses release exclusive teamwear for general sale…..but for the first time its here!

The Brand NEW 2021 Polar Explorer Longtail Puffa, giving it its full name, is a super warm jacket for both sailing days and on the city streets. This coat marks the first product to be released by Severneshop since it announced its move to a more Urban clothing look which still delivers the practically windsurfers needs. Neil Greentree, Severneshop’s Global Sales Exec said ” We all felt it was time to move the brands apparel to a younger audience, but with styling which can be worn by older guys and gals too. We really happy with the  polar explorer Longtail Puffa which is our first ‘second generation’ product to hit the market.The launch was delayed due to COVID logistics but we think you’ll agree its a stunning opening product.