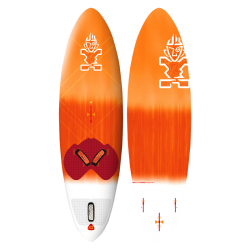 It was revealed at NWF that Severneshop are to replace Fanatic boards with Starboard from 2017. The announcement coincided with Neil Greentree, Severneshop Team Boss moving to Starboard after 8 years with Fanatic. Neil said ” I have had 8 great years with Fanatic and I still love their products but I felt it was time for a NEW flavour and after many hours of deliberating it seemed right to go with Starboard. Their board range sits really well with Severne sails and they work well together”

Neil will be our Expert Rider for Starboard and we will be selling the Kode Freewave, Atomic and Kode  from stock with Futura ranges supplied to order. Most orders will be delivered in 3-4 weeks but some may have 3 month lead times. This is how Starboard Uk plan to supply in the future to stay price competitive. ” It makes sense in the current market of over supply to reduce availability which increases demand and holds up used prices – it just means that customers have to decide a little earlier than before to get the board when they want it’ Neil commented.