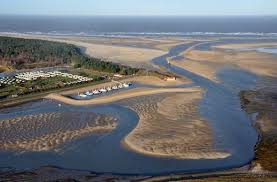 After raising the issue about fishing lines set across Wells windsurfing area and causing sailors to catapult over the nets set across the bay without buoys, I have read the minutes from the Harbour Meeting last week at which it was raised. The Harbour Master commented that the nets have been set for decades and are often not marked to avoid fishing grounds being found out, but did say that they would ask if the fishermen would buoy the nets so we can see them better. It was stressed that this was not obligatory but he would ask for us.