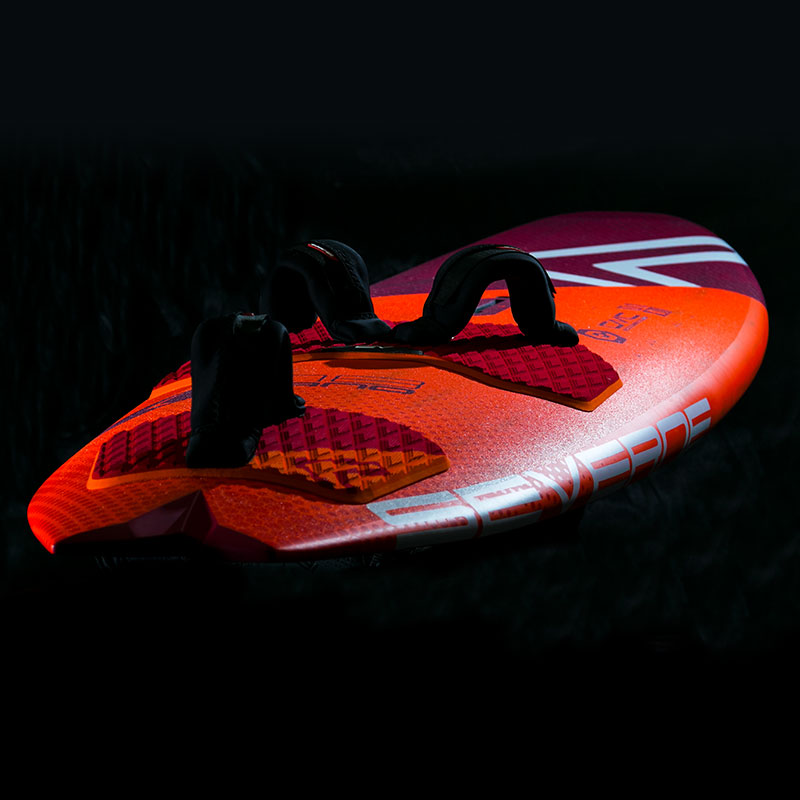 So we’ve been hearing about the NEW Severne Nano for some time now, but finally we can see what the media say, and more importantly supply them to our customers in limited quantities.

I’ve had my Severne Nano for more than 6 months now and I personally love it – being a very stubby wave board the nano just feels very versatile and free on the foot. Interestingly Tris Best of Windsurf Magazine commented how well suited to slightly heavier back footed sailors it was – something I would agree with being an ex-slalom sailor and certainly NOT a wave sailor! – and that important as Windsurf magazine are regarded as the fore runner in windsurf testing and reporting and we certainly value what they say.

So we finally have a Severne Nano 83 and 93 in stock and just at the right time the Windsurf Magazine review has been released… and rather good it is too! Take a look at what they thought of the board before you form an orderly queue!! 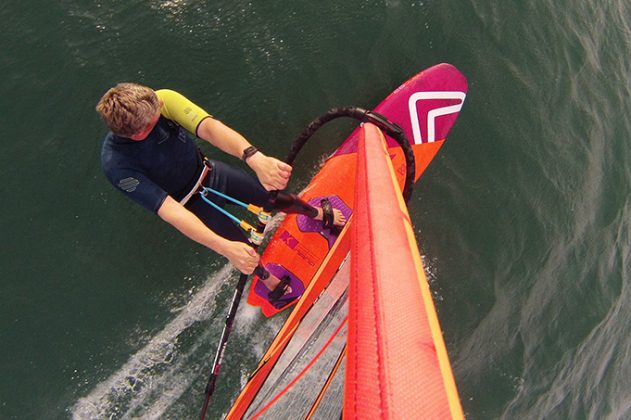 THE LOW-DOWN
News of the Severne Nano reached us in the autumn of 2016, missing the cut off for our 2017 compact wave-board test. Fast-forward to 2018, and their form remains unchanged, Severne adopting a two-year life cycle for both design and graphics. Shaped in Western Australia by James Hooper of Nude Boards fame, it has a very distinct shape, with some unique features. Firstly, the outline is super compact – the shortest in length and width here, with a cut-off nose and parallel rails, which then exhibit a noticeable step in their outline by the front of the back-strap, before finishing in an angular swallowtail. The board’s volume is focussed in the centre of the board, with both the nose and tail whittled down in profile. But that tells only half the story. Whilst the deck is relatively flat in the nose and around the track, it is massively domed in the tail, leading to some of the thinnest rails we have ever seen. This gives rise to what Severne are calling their ‘progressive rails’, where their profile becomes steadily fuller towards the nose. The resulting trim is said to be set “automatically when turning – the front rides safe and high, while the tail bites and drives through the turn.” Produced exclusively in China, the Nano comes with a self-regulating Gore-Tex air-valve and supplied with Severne’s own Velcro footstraps, thick 10mm dual density pads and G10 fins. Interestingly, Severne classes the fin-boxes as Slot boxes, yet use a small Allen key for tightening and have a locating bar in the front of the box. The concept is excellent for ensuring the fins are secure and positioned correctly.

BRAND CLAIM
“Inspired by Tomo’s new-school surfboards, the Nano is a fresh wave-sailing sensation … Initially conceived as a small wave, onshore biased design, the Nano proved to be so much more … Fast enough for onshore, stable enough for high speed, down-the-line wall rides. And then with the option of Thruster drive and power or Quad manoeuvrability.”

PERFORMANCE
The most obvious compact design in the group, the Nano will take a little getting used to if you’ve not used to a ‘compressed’ wave-board design before, yet carries weight well and responds quickly to positive input. Push power into it and the Nano releases easily, accelerating rapidly to an impressive speed. With its narrow parallel rails, it has quite a gunny nature, blasting out through a break as the pronounced vee and concaves underneath temper the ride over confused seas. Its nose and shoulders sit high and clear of trouble, allowing the rider to really commit and keep the pressure on through the sail. The ride is also very comfortable, the thick deckpads and soft Severne straps providing plenty of traction, although the standard stance is a little narrower than on other boards, reflective of the Nano’s super compact nature. On the wave the Severne is one of the loosest boards in the group. The massive dome in the tail of the board means that it transitions smoothly and progressively, but increase the pressure through the backfoot and the thin rails bite so effectively that it can be forced into the tightest pivoting turn. It really flatters the rider, enabling them to adjust the turn instantly, making up for any mistiming on the wave. We did try it in a quad setup, but felt the extra drive and lift provided by the thrusters supplied complimented the board better in the conditions we encountered.

THE VERDICT
A unique shape with lots of interesting features, the Nano provides a fast, loose and comfortable ride, with razor sharp response through its tail. It extols the true virtues of modern ‘compact’ wave-board design and will push a rider’s wave riding to the next level.